I Can Accept Rejection, Not Deception 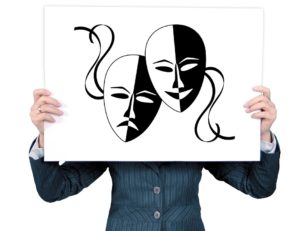 Rejection is hard for everyone to accept. Who wants to find out that they didn’t make the cut for something, or didn’t get the job they wanted, or someone wasn’t interested in them? No one does, but rejection is unfortunately part of life. As much as it hurts at first, at least you know right away that you can move onto something else. You can look for another job, or go after another market if the one you are pitching to isn’t working. You can look for other potential people to form relationships with. This way,  you also know that your time wasn’t wasted.  You also know upfront that whoever rejected you doesn’t have an ulterior motive of any kind. They flat out tell you that they are not interested in what you have to offer, or they are not interested in you. Hopefully they will tell you in a graceful manner. Again, rejection is never fun, but at least there is no issue with trust and the sting is easier to overcome in time- unlike it is with deception.

Deception is another animal, and not a very nice one. Anyone who deceives you in anyway already has rejected what you are offering, or you as person. The difference is that anyone who is deceptive doesn’t want to let you go because he or she has a motive to take advantage of you for whatever reason. It is always to benefit them. Anyone who is deceiving you is purposely hurting you, unlike someone who is honest about stating that he or she isn’t interested upfront.

If you are offering something, even if it is just your friendship- here is what to look out for in people who are only looking to take advantage of you.

Being Overly Friendly– If someone wants to connect with you and wants to meet up with you for coffee in the nearer future, that in itself is harmless. However, if someone is constantly texting you, and goes out of his or her way to keep flattering you, then something is strange. That person is going to in no time reel you in and persuade you into doing something for him or her. Who knows that person may even ask you for money after being so charming. The only exception here is when someone really wants to be your friend and lacks proper social skills. Someone who is purposely using you has absolutely no interest in your friendship.

Making Promises that He or She has no Intention of Keeping– “Oh what is your business again?” that person asks. You tell that person what you do. “Oh I have a lot of connections that would be interested in what you have to offer”. You are hooked, and the next thing you know that person is persuading you to do something for him or for her. That person has no intention of helping your business grow, or helping you in anyway for that matter. You are there only for his or her benefit.

Overly Accommodating– If someone who you just met acts like he or she wants to make things to suit your needs only- then watch out for the big catch.

Most people don’t have a motive to use just anyone. The average person really isn’t interested in deceiving you or others in anyway. The ones who to look out for are those who work in MLM companies, or are desperately short on money.  Smart business owners will not go out of their way to deceive others. They know better than to do that because they sincerely care about other peoples’ needs.

If this describes someone who you had just met, then keep a careful eye out on them. Stay safe.