My Take On Cannabis Becoming Legal In Canada 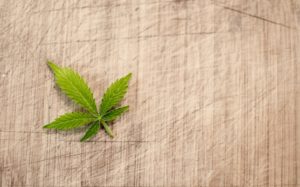 On October 17th, recreational pot became legal in Canada, and pot used for medicinal purposes had been legal since 2016. As soon as marijuana became legal, the online dispensaries were sold out in no time. I am not entirely against pot being legal for recreational purposes (however I love how pot is being prescribed by doctors because cannabis has some amazing healing properties in general).

However, my only concern is that now that pot is legal, there will be more stoned drivers around, and some of them have already been caught. Other than that, I have no issue with it. Not really anyway. But I am confused about one thing.

The only reason I am writing this post is that I have no idea what the big deal is about pot becoming legal. I fail to see a big appeal. I don’t understand how anyone would even want to camp out at physical places that sell pot whereas they can easily buy it online. And, I really just don’t get the big excitement about it.

I mean sure, those who enjoy using it regardless of whether they smoke it, or use cannabis oils, or edibles would be understandably happy that they no longer have to keep their MJ a big secret. However, is it so exciting to the point that you would camp out at physical dispensaries before they open? Is it so much of a big deal that the MJ would be sold out within no time? Is it really that exciting? That I just can’t understand.

However, each to its own, and if you use it, just be responsible with it, and that is all I ask! We have enough distracted drivers around. We don’t need to add stoned drivers on top of drunk drivers putting the lives of others at stake.