An Overview of Tribe Building with Sean M. Madden 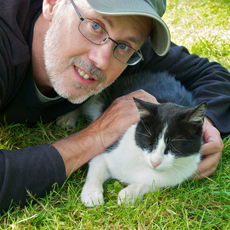 On the latest episode of Getting Social with Miriam, the focus was on tribe building and social media. My guest on the last show, Sean M. Madden had something very exciting to share. Sean is an American writer-educator, photographer and slow-traveling digital nomad who has lived in the South East of England since 2005. However, in May 2012, he and his partner embarked upon a slow traveling tour of Europe which continues with no end in sight. In addition to their other creative endeavors, Sean and his partner founded in July 2013 while in Scotland, CreativeThunder.co which is about working with creative businesses and individuals, worldwide, to build tribes of loyal customers via strategic websites, visual storytelling, and social media. Sean has a new creation, the #CreativeTribes community on Slack, and that is what we spoke about. Sean and I discussed the importance of tribe building and why it is extremely important to create a loyal following. We also covered many excellent Twitter tips, and why it is important to unfollow users who are not of any value to you. It was an informative show on social media. You can learn more and join the community via CreativeTribes.co.