How Trustworthy are Legitimate Online Reviews? 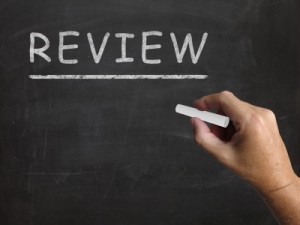 Unfortunately, there are many fake reviews around which does not give the product or service that is being “reviewed” a true picture. These fake reviews can easily be purchased. However, the good news is, a lot of review sites are cracking down when it comes to fake feedback. If it appears fake, the “review” is hidden or deleted. For example, Yelp and Amazon have become very strict and will delete feedback that seems less than legitimate. How they determine what is real and what isn’t, I am not 100% sure other than a few factors. The size of networks that these individuals have who leave reviews is a determination. I think more importantly if their personal information cannot be verified, that is also a red flag- and in that instance, the feedback message will be deleted.

I would like to take this opportunity to share an experience I had with a contractor, who appeared to have many glowing 5-star reviews on a trusted site that seemed quite legitimate. When I mean legitimate, I am talking about those who left the positive feedback were real people whose information was verifiable. In fact, it was due to these amazing reviews I decided to hire this contractor. When I contacted this company, they were extremely receptive and did an amazing sales presentation. They also gave me a huge discount if I had agreed to showcase their work to others once they were done with the job. I certainly had no problem with that. Between how impressed I was in conjunction to the positive feedback they had received, I was sold.

However, while they were doing the job, they were less than reliable. They made a lot of mistakes which took them a long time to correct. At best they did a mediocre job. However, because of the fact that I was given this big discount and had agreed to showcase their work- I did not want to rock the boat too much. Once their work was done, their marketing person had asked me to leave 5-star review on a local review site. The same one that I had found these glowing reviews. I agreed to do it, even though I felt they deserved to have no more than 3-stars because of how they did their job. After a lot of time had relapsed, I found it very strange that they were not contacting me about setting up a date to showcase their work. Then after doing some major digging on this company, I discovered that many customers who had dealt with this company were given the same promises- and were for the most part scammed.

I will tell you right now, that if there are glowing reviews from legitimate people- don’t ever take that as the gospel. This company made me believe that we had come up with an agreement (a steep discount in exchange for me showcasing their work) for the sole purpose of me giving them excellent feedback that they certainly did not deserve. Many businesses are aware of the fact that they cannot just go and buy fake reviews since these sites are cracking down. However, they will certainly find other creative ways to get a 5-star review from legitimate clients and customers even if they did a 1-star job.

You will be more likely to see more honest feedback on their social media sites, especially since unhappy customers or clients will be more likely to complain on those platforms. And the best thing to do before hiring a company is do some serious digging- and talk to others who you know and trust who may know about the business. That being said and to sum up, unfortunately, review sites do not always give you the true picture.