How you Can Turn a Competitor into a Potential Client 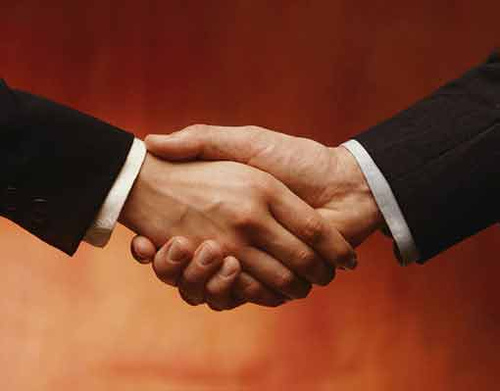 Yes, you did read that title of this blog post correctly. You actually can turn a competitor into a potential client, if you allow yourself to be open to such an idea. Does it sound like a crazy notion? Perhaps, at first maybe. However, after reading this post, you will understand how this could actually work.

As you are aware, my work primarily involves managing social media for clients as well as giving them consultations. I also have a side astrology business, which I had put on hold for a while to concentrate on other areas of my work however, it is back now and starting to get it out there again.

I am well aware that there are tonnes of other social media managers and consultants around, working on their clients’ campaigns- clients that could have been mine if there were less social media managers around. However, I refuse to think that way. I am glad they exist because it shows there is a need for this kind of service.

The fact of the matter is, even competitors in many fields could be clients of your own in one way or another. Or- if not, they may refer someone over to you- if you offer something that the competitor does not. In fact there is a term for this kind of relationship. It is called collabotition– competitors collaborating. Let me give you a few examples of how I have had competitors turn into clients.

Last year, I  attended a networking event and I did run into another social media manager. Sure, the conversation we had at first became a little awkward- until she had asked me if I would be open to the idea of her outsourcing some of her clients’ work to me. Then I saw an opportunity, and she did give me a little bit of business. As a result, that competitor became a client. Another social media manager  contacted me on LinkedIn as well to ask if I could take on some of the slack early this year. If it was not for these competitors who needed help with managing their clients’ social media- that would have been less business for me.

I will now give you an example of how a competitor had referred business to me. This social media manager was not comfortable with managing campaigns for spiritually based business owners- and he knew that happens to be a niche I target. He referred someone who owns a metaphysical shop that wanted social media management over to me, and I gave him a commission as a result.

I also like to network with other social media managers who target niches that I know little about. This way, if I come in contact with a business owner of that particular niche who is interested in having SM help, I then will know who to refer him or her to for a commission as well.

You are now probably wondering how my competitors can be so trusting to allow me to manage their clients’ SM campaigns that I could easily steal. I would never work with a competitor before signing a non-disclosure agreement, and if I had to outsource work as well, I would expect the same. If you happen to be thinking about outsourcing work to a competitor as well, make sure nothing is shared until that non-disclosure agreement is signed. Does that guarantee honesty on his or her part? Of course not. However, odds are he or she will be trustworthy. Otherwise, your competitor who you outsourced your clients’ work over to would be in serious hot water- and he or she also would know that and would definitely want to keep out of it.

Another reason to never shun or blatantly compete against a competitor is because you may offer something unrelated that he or she would want or need. I have had several social media managers come to me for astrology readings! On the flip side, I have done SM campaigns for other astrologers as well.

Collabotition will bring other opportunities your way beyond what I have stated in this blog post. Maybe one day you decide to create a course with someone else in your field, or co-host a webinar- the possibilities are endless. To conclude, if you encounter a competitor- don’t get your back up, find a way to create opportunities instead because there are plenty there!