Is the Only Purpose of Having a High Klout Score for Vanity? 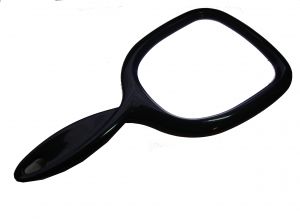 It’s been some time since I have written about Klout, and there still seems to be a lot of misunderstandings about it even after it being around for a while now. I want to take this opportunity to address it. Last year I had written a heated blog post called What you Must Know About Klout because so many people were hurling judgments towards it without knowing much about it, and I wanted to take that time to bust those judgments. Unfortunately not much has changed, and the fact that Klout has had faced many challenges last year did not help matters.

One major criticism towards Klout I have heard lately from a lot of people is that they believe that the only purpose of a Klout score is for vanity. The fact of the matter is, no it is not. Not at all.

Klout is a tool that measures your engagement, interaction based on content you share on various networks, as well as some offline factors as well such as having a Wikipedia page. Based on these factors, you are given a score from 0-100, as 40 is the average score, and 5% of users have a score of 63 and above. And I can reassure you that the majority of those who have a high Klout score are not attempting to win a popularity contest. They are just very resourceful, highly engaging, and receive a lot of reception from their networks because they share good and compelling content on a consistent basis. Because of that, they will end up with very high Klout scores, without intending to do so a lot of the time. However, many that do remain consistent on social media are attempting to increase or maintain a high Klout score only because they know of the benefits that come with it (which has nothing to do with vanity by the way).

Because the Klout score is being looked at more, examples being entrepreneurs having high scores are invited to do speaking engagements; job seekers who have high scores have a better chance of being hired than someone with the same experience who has no or a very low score (given that having knowledge of some social media is expected in most fields nowadays); better customer service, and receiving free upgrades on other perks- it is a firm indicator that having a social media presence is crucial. Especially once again when it comes to the majority of industries. And by knowing this, who can blame people for wanting to increase their scores? Especially since they are aware that they are being checked out. Again, this has nothing to do with vanity, it all has to do with the fact that in most cases people are expected to be consistently active on social media.

Unfortunately, there are still plenty of people out there who attempt to increase their Klout scores for the sake of vanity. They are not the ones who share meaningful content. They frequently share irrelevant content that will generate a lot of likes and comments, or retweets. They will share pictures on Facebook at least 3 times a day tagging 100 or more people just to get reception for the sake of blowing up their Klout scores. I want you listen to me loud and clear. People who do this are doing everything they can to game their social media activities in order to have high scores so they can inflate their egos! This is not Klout’s fault by any means. Again, Klout is a tool – and remember that a tool can be used properly or misused. When it is misused, is it logical to blame the tool itself? I would think not.

Klout is not quite at a point yet where it is scoring based on the type of content shared alone. If there is a lot of engagement that comes with it, then the score will increase. I imagine that eventually it will get to that point,and they have worked on squashing blatant gaming for the most part other than that. And like any tool, glitches will happen and Klout has had many moments of glitches and challenges. Therefore it will not be 100% accurate, and really what is? It is however accurate enough to indicate whether or not you have a strong social media presence, and if you are interactive with your network.

And yes, even though it is important to have a high score for the purpose of it being an attention grabber (your competitor could have been given that opportunity to speak at an event who had a higher Klout score than you did), it is more important to achieve it the right way. And we are not talking about just throwing random content on your networks for the sake of getting engagement. Now there is nothing wrong with tagging a few of your interactive friends even once a day if you want to send a message of encouragement so they can see it. And there is also nothing wrong with sharing a little bit of irrelevant content here and there. In fact, you are encouraged to do so at times because it shows you are real! However, most of the time you will want to share compelling content that is relevant to your niche through out your networks. And you need to do it consistently. That is how you will grow your tribe, get real interaction, and be sure to engage with them as well- and that ultimately will give you a strong social media presence and you are spreading your influence this way- and yes, your Klout score will inevitably go up because the score is meant to measure a strong presence. People just need to know how to do it the right way.

Klout is not meant to be misused, and unfortunately many times it is. And when that happens, those who are abusing the tool are the ones who are using Klout for vanity– it’s not Klout itself doing that!