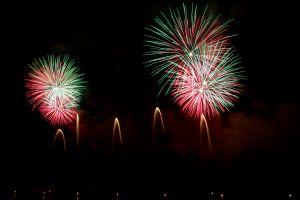 Yesterday one of my Facebook connections shared a fun New Years exercise. The purpose of it was to encourage others to talk about their 10 highlights; 10 disappointments; 3 game changers; 3 things they focused on; 3 things they had forgotten; as well as their reflections on 2014. There was an opportunity for them to implement what they had learned over the past year for 2015. I would like to take this opportunity to share what experiences I had in 2014.

10 Highlights- Which would include accomplishments, as well as best memories.
1. Moving into a much nicer new home in a much better area.
2. Removing a lot of clutter (which was a result of selling our old home).
3. I was invited by several highly influential bloggers to guest blog on their platforms.
4. Launching a podcast that is quite successful.
5. Becoming a lot more grounded than I was the year before.
6. Sticking to a plan that involves healthier eating, which happened later in the year.
7. Launched 2 more blogs up, my new mom blog http://www.expressivemom.com and the new metaphysical blog with Carly Alyssa Thorne http://www.metaphysicallysocial.com.
8. Creating gratitude lists each day and have been consistent with it.
9. Connected with a lot more insightful and influential people, and established great relationships with them.
10. I made one of the top 50 industry leaders in AGBeat Magazine.

10 Disappointments- This would include failures as well as missed opportunities.
1. For a while I had made plans to move to B.C., but that did not happen. However, because that didn’t work out, I still did not want to stay in my old neighborhood and ended up moving into a much better one.
2. Some planned joint ventures ended up failing for various reasons.
3. I did not succeed in completing a blogging challenge, meaning I failed to blog everyday during a certain time.
4. I lost a few friends this past year due to breach of trust.
5. I missed out on traveling this year.
6. I was not gentle with myself enough this past year.
7. I forgot to enter a few contests that I had a good chance of winning.
8. I had to turn down a job opportunity due to the fact it came up for me while I was in the middle of moving.
9. I missed a few movies I wanted to see this year.
10. I did not end up finishing the book I was writing, however I had to put it on the side due to other distractions that needed more attention at the time. When it is meant to be ready, that is when it will be ready.

3 Game Changers- These are unexpected events that shifted priorities.
1. Since many things did not go as planned, I realized what went wrong. In a nutshell, I learned more about how to properly apply the Law of Attraction in life instead of relying on resources that don’t reveal the truth about how it really works.
2. I discovered why it is extremely important to create a gratitude list every night, because what you take for granted today could be gone tomorrow.
3. I found that holding onto anger and resentment will not bring you the goods in life. I am still working on this, however I do know that forgiveness is very important for your own well being.

3 Things I Focused on- how I spent the most of my time.
1. I have been creating attainable and realistic goals.
2. I have been blogging on a more regular basis.
3. I have definitely been remaining consistent with my social media activities.

3 Things I had forgotten to do all year.
1. I wanted to message a few old friends who I have not been in touch for years, just to say “hello”. I never got around to it at all.
2. I never ended up calling or emailing those who I value, just to tell them that I appreciate what they have done for me.
3. I have not yet moved my home office in my newly finished basement which has been done for over 6 weeks now.

Reflection- How does everything I had noted influence my plans for next year?

I have to say that 2014 was a grounding year for me, mostly because I had faced some harsh lessons due to creating goals that were not realistic for me to attain. And when I failed to meet these goals, I became extremely down on myself. I berated myself for a while. However after dusting myself off, I realized that I had to create goals that were realistic and attainable based on where I am currently in life. I was at point A and wanted to skip point B and jump all the way to point Z. Sure, I could blame it on the lack of accurate information on the Law of Attraction that is floating everywhere online because that is what I relied on at the time. However, I won’t do that because based on my experiences I now know what works and what doesn’t. Therefore, one mistake I will not repeat next year or ever for that matter is to create goals that are not realistic for me- based on where I am in life. Not to mention, I will be a lot gentler on myself next year than I was this year.