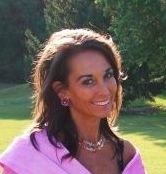 For anyone who follows my Tamara Leigh’s TREND ON show LIVE every Wed. at 10:00am (CST) on the Linked Local Network, they would know that I am a Packer fan.  In a recent Packers Hall of Fame email I received was this quote by the legendary Green Bay Coach Vince Lombardi:

“Individual commitment to a group effort… that is what makes a team work, a company work, a society work, a civilization work.”

At the risk of inciting the long-standing Packers-Bears rivalry, I mean only the greatest respect in applying this quote as a summation of my TREND ON guest, Alexandra Eidenberg, a Chicago native and Congressional Candidate for the Illinois 4th District.

It is clear from our candid conversation, that Alexandra gets what Lombardi meant and she brings that individual commitment and effort to her team, her company, The Insurance People, her city of Chicago and the IL 4th District, if elected to Congress.

As an individual, Alexandra is intelligent, driven and well-educated with a Masters of Arts Management, Small Business Entrepreneurship (2006 – 2009) and a Bachelor of Arts, Marketing Communications (2001 – 2004) from Columbia College of Chicago (CCC) which was founded by Alexandra’s family in the heart of the city.  CCC has a long tradition of commitment to education, the arts, and a diverse student body.  Given this legacy, Alexandra herself is a proud product of public school education in Chicago.

As a team player, Alexandra is also skilled at being both member and leader.  As a congressional candidate, working professional, and expectant mother of twins (due in May), Alexandra put in place a team for managing her campaign.  She surrounds herself with accomplished people, among them “amazing women” (in Alexandra’s words) to execute the necessary tasks for a successful bid for office.  What is impressive about Alexandra’s team attitude is that she speaks highly of the people in her circle, not just for what they do for her, but with genuine value for who they are and what they’ve accomplished aside from their role in her team.

As team leader of her company, The Insurance People in Albany Park, Alexandra understands what it takes to run a successful business and what it means to be responsible to her employees and clients.  Alexandra committed herself to growing her business, working her way up through the retail ranks, engaging her customers and meeting their needs with insurance services.

Alexandra is also a “team women” leader, ready to increase the number of women represented in Congress.  She served as past  Executive Director of the eWomen Network Chicagoland and eWomenetwork Foundation and is a Society Member of Club Corp.; and a member of the National Association of Women Business Owners.  Alexandra is a welcome next generation of strong women capable of leading and impacting government.

As such, Alexandra’s individual commitment to society is evident as well.  She embodies the up and coming women leaders who are confident, clear thinking, and focused on social issues while also being fiscally conservative.  Those two ideologies are not mutually exclusive and after the 2012 elections, both the Democratic and Republican parties are redefining themselves in such a way.  Alexandra is already there.  She has a gasp of the issues from education, women, healthcare and insurance, to business and the economy.

Although this is Alexandra’s first political run (challenging Luis Gutierrez in the IL 4th District for US Congress), it’s the fulfillment of her childhood aspiration.  Her inexperience is bolstered by energy and vision.  Given the opportunity, if elected, Alexandra just might show her constituents and the rest of us, in Lombardi’s words, how  “to make… a society work, a civilization work.”

For more info &/or contribute to Alexandra’s campaign, check out:

To listen to Tamara Leigh’s TREND ON with Alexandra Eidenberg:

Tamara Leigh, LLC – Engaging Your Audience to TREND ON You!  http://tamaraleighllc.com/