Segueway to Success with Matt Jensen, Scholar at the American Enterprise Institute in Washington DC.

Our “Segueway to Success” radio show airs each Wednesday at 15:00 Central Time on www.blogtalkradio.com

Listen at – Think Tank, Taxes and Holidays – Segueway to Success

By:  Tom Kuchan and Brent Hamachek 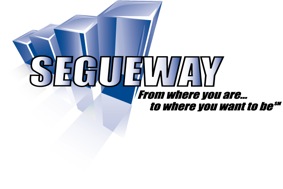 Now that the Holidays are behind us, and we begin to reflect, a particularly interesting event took place one evening.  At this specific dinner, we found ourselves in a rather diversified group including several artists, a foreign born American, a union member, a health care provider, and two young professionals who work in a think tank in Washington, DC.

Along with the small talk and catching up on personal lives, the discussion eventually turned to the state of the world and specifically the state of the US, its economy, pending financial and tax crisis, and all such things that are traditionally off limits in polite company – yes, we’ve been watching too much Downton Abbey!!

But even in such a diverse group there was consensus around a series of questions – Why isn’t anyone doing something to fix this?  Where are the good ideas?  And what began as the standard, somewhat cliché filled back and forth jousting of what we’ve all heard time and time again, ended up being a discussion of real substance, thanks to the youngest members of our group.

From them, came a clear assessment and understanding of where we are, what can be done to begin resolving some of our most urgent economic challenges, and how those changes impact individuals and the business community.

We thought that more people need to hear what some of the Millennial Generation has to say about solving our current problems – and that they have an optimistic perspective of our county’s future.  Ever wonder what actually happens in a think tank? Who’s behind the real solutions, who’s studied them, what’s being discussed and proposed in our nation’s capital.  As soon as “tax policy” is mentioned, we tend to roll our eyes just before they have a chance to glaze over – why does it have to be so complicated, boring, and theoretical?  We’re here to tell you, it doesn’t have to be.  We’ve found someone who speaks clearly and eloquently and in a way that relates to our daily lives.

Join us on Wednesday January 16, 2013 as we spend some quality time with Matt Jensen, Scholar at the American Enterprise Institute in Washington DC.  Matt has been seen on TV, last fall co-authored a paper that was mentioned in the Vice-Presidential debates, and has appeared on several radio stations.

This promises to be an enlightening and fun conversation.

Brent E. Hamachek spent the first 15 years of his professional life in banking, working in 6 different sectors including audit, credit and 9 years as a commercial banker.

After commercial banking, Brent formed Segueway Solutions in 2000 in order to assist privately held companies in transition. To date, he has worked in 40 different industries and has served in the capacity of CEO, CFO & EVP Sales for clients. Brent is a sought after consultant, speaker and trainer offering national and foreign expertise to clients.

Tom Kuchan is a proven leader in global business expansion and effectiveness, risk management, finance and operations with experience in both Fortune 50 and entrepreneurial environments. He has a proven record of defining strategic objectives, translating them into operational tasks, and leading their implementation in diverse geographies and cultures across the globe.

Tom has lived overseas for over twenty years, including Switzerland, Germany and the United Arab Emirates, and has worked extensively across Europe, Latin America, Africa, the Middle East, and Asia.