Be Extremely Careful Not to Fall for this Facebook Scam 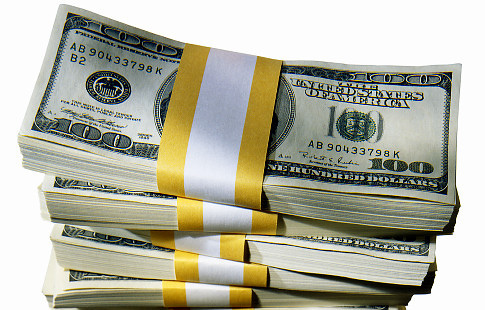 What I am about to write about is not a new issue. There are plenty of scams happening everywhere, and it has happened since day one. For instance a very common one is when you go into your email and find a message from someone telling you that you had inherited a ridiculous sum of money- and in order to claim it, you need to give all of your information. That, as you likely know or likely suspect will lead to a disastrous outcome. This leads me to tell you that I had a very interesting experience just the other morning on Facebook.

Before I was about to take the kids to camp, I found that I had gotten a friend request from someone who had already once been on my list. I really did not think much of the situation, and figured she had possibly deleted her old profile and wanted to connect with the new one. I accepted the request. She started speaking to me and asked  how I was doing. I told her that I was fine and on my way to take the kids to camp. She then proceeded to tell me that she was extremely happy because she won $500,000 from something called the Facebook freedom lottery and then told me that she saw my name on the list of members to claim that kind of cash. Of course I did not believe it, and suspected that this woman’s account was hacked. However there was a very small part of me that was curious to know more since I am just naturally curious. She told me then to text an individual and to let them know I was ready to claim the money. I figured why not text the individual and see what comes up. All I said in the text was I had heard through the grapevine that some lucky people had won the Facebook lottery and wanted to know more about what this really was. The reply I received was that I was a winner and was required to give my name, address, and other very personal information. I just smiled and knew right then and there that this was a very creative scam.

However, I went back to the hacker and said if this is for real to please give me a call because I had spoken to the woman this hacker was pretending to be many times in the past. The hacker said that her phone had been destroyed in water the other day. I then suggested Skype, and she reminded me that Skype can only be accessed by the phone that she had lost. I reminded her that Skype can be used on any PC or Mac- then she said she was too busy to download it. Then I proceeded to quiz her and asked her questions such as how we had connected, what her favorite restaurant was because I knew that answer. The hacker failed to do that and then said because I did not trust her word, she was getting very upset. I laughed and said I was reporting the fake profile and blocked it right away. I did a search on the real woman’s profile and not only did it still exist however, several others had written on her Facebook wall letting her know the same thing had happened to them. Someone had taken her name and picture and had been going around trying to scam people. I also wrote her a personal email and let her know that the scammer had also tried to trick me, and she was understandably upset and thankful that she was notified about this.

Most people are savvy enough to know when something sounds too good to be true, then it likely is. Especially when it comes to winning $500,000 from some lottery that they had never once entered. However, there has been tragic stories of very intelligent people falling for scams like this. If something like this happens to you, immediately report the profile. Don’t even become nearly as curious as I did even if you already are smelling a rat. Or if there is someone out there who has an identical profile to you trying to trick people- you will certainly be notified by your friends that this is happening and they will likely report the scammer. Therefore the profile will be taken down right away like this one was.