Interview with a Mortician 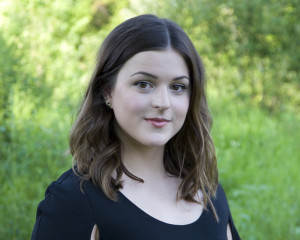 On the last episode of Exploring the Eight House was a very interesting one. Today’s topic once again was one that most of us would rather shove under the rug, which is death. Each and everyone of us knows that one day we will no longer be here, however that is the extent of what we are willing to accept when it comes to death and we shove the rest about it aside. Anything to do with death frightens the average individual, or makes him or her squeamish and that is due to the fact that over several centuries in the western culture, death has been hidden and tucked away. The less we are exposed to something, the less we will be accepting of it and the less we will embrace it. I had the honor to interview a fascinating guest, Lauren LeRoy who is also known as Little Miss Funeral.

Lauren is a twenty five year old licensed funeral director in New York State. The Little Miss Funeral blog was started in March 2012 as a platform for Lauren to share her thoughts and ideas on the funeral industry. Today I spoke to Lauren about death and the funeral industry. Listen to the podcast below to give it a listen.