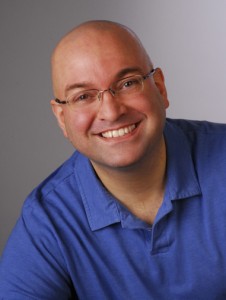 Much of what is portrayed for us either through reality programming or fictional depictions of life celebrates being the best, being the winner as the most meaningful outcome. I’m not suggesting we shouldn’t strive to excel because continuing to refine ourselves improves our lives and the lives of those around us.

Unfortunately, it leaves many, especially those with special needs who frequently feel like they’re stumbling through life, believing that success is beyond them. It’s sad when you meet people who measure success as a day without feeling foolish, being criticized or being made to feel like an inconvenience to someone else.

We are routinely fed the suggestion that grand, sweeping gestures of accomplishment matter most.  They are indeed impressive, but a single event doesn’t tell the whole story. The whole story would depict how this person lives her everyday life. The countless hours of dedicated practice of skill or the commitment to refining her character that comes from living her values every day of her life.

I was talking to a young man yesterday who is a serial procrastinator, filled with negative thoughts and who declared feelings of purposelessness in life. I observed that purpose is ultimately found in action, not in philosophy. You can think, think, think all day long, but you can’t build anything (including a life) without action. This young man spends a lot of time thinking about how he isn’t good enough and how his actions wouldn’t matter anyway so he avoids taking action.

He accepted the misperception that only grand gestures matter anyway. I pointed out to him that the strongest muscle is built one repetition at a time and a grateful heart is built one “Thank you” at a time. Your purpose is built into your practice, every single day. You cannot procrastinate your way into success.

I made the following suggestion to him. What if your life purpose was to show everyone you met that there are still kind people in the world? Would that be something you could do?

“Yes,” was his reply as he offered many examples of how he could do it. We talked about how he could wake up each morning and say to himself, “I choose to be kind today. Whomever I encounter I’m going to be kind.” I asked him to imagine the impact that would have on the lives of those he was kind to. I then asked him to imagine the impact it would have on his perception of the value he was bringing to the world. Would he still believe that his actions didn’t matter? He smiled and said, “Thank you.”

You don’t need to be the fastest, strongest or have a college degree to be kind. You simply need to value it and make the daily decision to practice it.

Thanks for being you.

Brian R. King, LCSW (ADHD & ASD Life Coach) is a #1 Best Selling Author, 25-year cancer survivor, adult with Dyslexia, ADHD, and Asperger’s. He’s also the father of three sons on the autism spectrum. He is known worldwide for his books and highly engaging presentations that teach the power of connection and collaboration. His strategies empower others to overcome their differences so they can build powerful and lasting partnerships. His motto is: We’re all in this together.