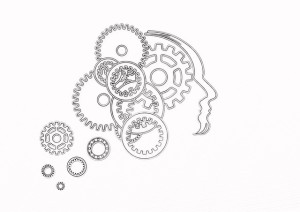 The terrorist attacks that just recently happened in France shook people up around the world, just like in all other previous cases of terrorism being involved. People have been understandably angry about what occurred, such as myself. However, there has been a lot of stereotyping of Muslims. I’ve been noticing a lot of unfair comments about how “all Muslims are terrorists”, just like there were after previous attacks of terrorism. The stereotyping was even worse after the 9/11 attacks. Calling all Muslims “terrorists” is wrong and uncalled for because there are many people who are part of the Islamic faith that are peaceful and are very much against terrorism. There is also a lot of stereotyping of people who have depression and mental illness which needs to come to an end.

I will list the common stereotypes that you hear about people that have depression and/or other mental illnesses.

1. They are nutcases. People who have mental illness of any kind are not nutcases, or crazy. They have chemical imbalances in the brain which makes them ill. Would you call someone who has diabetes or cancer crazy? I wouldn’t think so, and people with mental illnesses are ill, just in a different way.

2. It’s fake. There is nothing fake about depression and mental illness in general. In extreme situations, many people who suffer from depression and other mental illnesses have to be hospitalized. A lot of people with mental illness need to go on disability income because they are unable to work even though that is not what they want. People with these conditions cannot help how they are, and the only way they can become healthy is through making an effort to recover.

3. They are and weak and/or lazy. Individuals with depression and mental illness in general are not lazy. They are genuinely ill, just like someone who has diabetes. However, they are also responsible for seeking treatment for their conditions just like diabetics are. Sometimes medication is necessary to treat people with mental illness. However, I personally am not an advocate of medication for depression as there are other ways to fight it.

If you are open minded and have not stereotyped any group at all, kudos to you. If you have passed unfair judgement towards everyone of the Islamic faith and people with depression and mental illness in general, please stop. That only makes you ignorant and hurtful.